A Matter of Nurture

“Lucrezia Borgia was a sociopath, no surprise, right? But there’s also a theory that Joan of Arc was a version of one. Their different upbringings made one a saint and the other a serial killer.” 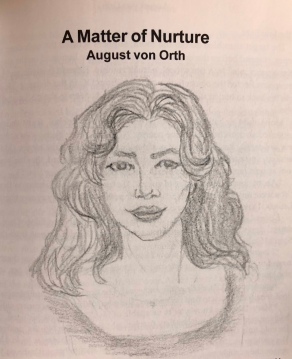 I am taking a mini break from Time’s 100 Best YA to visit a short story. Short stories are a forgotten gem in the reading word or maybe just to me. If you like a quick thrill of adventure and a taste of suspense, look no further than A Matter of Nurture.

Dani Diaz is on a mission to kill a target, but this target is not like the ones she has faced before. He says things that lead her to break the rules, she not only speaks to him but takes something he has prepared for her–an envelope with her name on it. The target, the envelope, and Dani’s desire to know the truth will leave you wanting more.

Even though the story is short, there is a lot to unpack. A Matter of Nurture leaves you pondering nature vs. nurture, the mind, human experiments, memories, and human behavior as a whole. If you like government conspiracies, science fiction, psychology, assassins, and or questioning of identity A Matter of Nurture is most definitely for you.

I enjoyed A Matter of Nurture, I felt like I was reading an episode of the X-Files. If you are not into this genre of writing, you probably won’t enjoy this short story as much as I did BUT don’t cross it off your list! I have a feeling, if we are lucky, we will hear more about Dani Diaz. 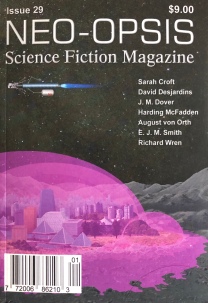 A Matter of Nurture can be found in issue #29 of Neo-Opsis science fiction magazine, which is jammed packed with other good short stories.