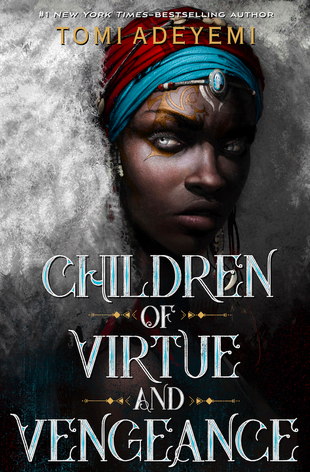 Children of Virtue and Vengeance

“Our magic isn’t about the war!” Zélie shouts. “Our incantations are the history of our people. They’re the very thing your father tried to destroy!”

Our cast of friends find themselves in a conflicting situation. Zelie wants to fight for her people and the freedom of magic. She is not sold on being a queen or a leader, but could fit the role. Amari wants kingdom to establish a new chapter of peace and equality, with her as the queen. Inan is torn between embracing who he is and upholding to the demands of royalty.

Zelie is not sure who to trust, she is working through deep emotions. Becuase of this, she is not as quick to see what is unfolding around her. Amari is trying to sell everyone on her mission of peace, through this she is also blindsided. They must come together if they are finally going to overthrow PRINCE and restore peace to Orïsha.

Children of Virtue and Vengeance ends with a cliffhanger.

“Our battle isn’t over. If anything, it’s just begun.”

The story was fast and chaotic from the start, you have to hold on tight to follow what is going on. Almost all of the book is planning for or participating in battle. I think the events, emotions, and consequences all boil down to teens making a series of war based decisions. This can be said for many situations, but Zelie and Amari are calling the shots with zero experience. The elders put a lot of faith into Zelie, but at the end of the day, she is a teen. I have hopes Adeyemi did this on purpose, and it will all mesh together perfectly in the next book.

Children of Virtue and Vengeance is a good second book, but compared to book one it is messy and the characters are different. BUT it is book two in a series of three. I have faith that once book three is released all of this will make much more sense. That being said, I like it but I did struggle to stay as engaged as I was with Children of Blood and Bone. You hands down should read Children of Blood and Bone, but maybe hold off on Children of Virtue and Vengeance until book three is released.

Have you read Children of Virtue and Vengeance?