“There was something diabolically sweet in her tones—something of the tingling of glass when struck-which rang through the brains even of us who heard the words addressed to another. As for Arthur, he seemed under a spell; moving his hands from his face, he opened wide his arms.” 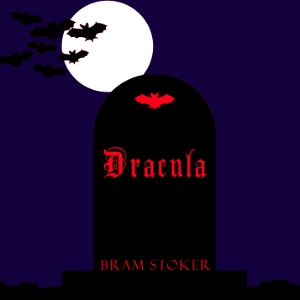 A lawyer, a cowboy, a vampire, two doctors, two girlfriends, and an insane asylum are accompanied by strange behavior from patients, animals, and weather. If you decide to pick up a copy of Dracula, you will not be disappointed.

Dracula is a story of a vampire who has a diabolical plan to grow his vampire line by moving from his isolated castle in Transylvania to property in England. Through this, he prays on a group of English people and their American friend, who band together to foil his plans of evil. Dracula is not trying to swoon women into a relationship. Instead, he is draining them of their blood to create she-demons.

Yes, the plot seems outlandish and silly, but it is gothic and entertaining. Stoker lays the framework for a true bloodthirsty intelligent monster. Dracula is a monster of the shadows.

I can promise it will almost be as entertaining as scrolling through your social media page. Why? The story is told through letters, telegrams, news clippings, articles, and journals entries of the main characters: Jonathan Harker, Mina Merry, Dr. John Seward, Lucy Westenra, and Dr. Van Hesling. Often their letters overlap and add details to the events unfolding.

I have said it before and will repeat it, I do not seek out books written through multiple points of views. Sadly, this book was published in 1897, so it isn’t a new trend just a writing style I do not enjoy. If you do, great you will LOVE that aspect of this novel.

I had been putting Dracula off for some time. I have three different copies of this book, but couldn’t get into it. I really wanted to give it a chance, so I found an audiobook. Let me tell you!!! DO IT! Listen to it! I listened to a dramatic reading from Librivox. I am sure there are equally entertaining narrators who narrate other versions, but I recommend this one to everyone!! I am sure if you can dedicate time to read it, do it, but I would recommend listening over reading.

Stoker keeps you on your toes, but it is worth every second. You’ll find Dracula isn’t a scary novel, but it might deliver some spooks. I defiantly recommend Dracula to everyone and anyone!

“You are a clever man, friend John; you reason well, and your wit is bold; but you are too prejudiced. . . . Ah, it is the fault of our science that it wants to explain all; and if it explain not, then it says there is nothing to explain. But yet we see around us every day the growth of new beliefs, which think themselves new; and which are yet but the old, which pretend to be young. .”

Have you read Dracula or do you want to? Tell me below!

The image is the cover art of the audiobook found on LibriVox.org